What’s wrong with this picture? (Image is in the public domain.)

And they’re all men.

Does this strike anyone else as inherently sexist?  Women can destroy the world as effectively as men can.  They just need a chance to let their evil ways shine.

I would take a moment to ask my thoughtful readers which of the horsemen would most appropriately be depicted as a horsewoman.  Instead, long live free advertising.  I may ask the question one day as a writing prompt on my other blog.  For now, you’ll just have to marvel at my wisdom and perhaps click the cheerful happy link.

I got drunk on holiday spirit yesterday and had a wild dream last night.

Imagine a woman, completely naked but with none of her fun parts showing.  (I  keep things clean and tasteful even while I sleep.  Too bad…)  The lady suffers from some sort of skin condition, as I can see slits covering her entire body; they most closely resemble fish gills.

After taking a moment to examine this lovely specimen, it’s time to play a game of Risk.  Lines appear across the body and I start choosing the territories I desire.  Contrary to expectation, I take real estate in the shoulder and arm region.

Of course, I am not playing alone.  I can’t see my opponents but I do have to signal each time my turn ends.  One spot on the woman’s body has been designated as the chess clock.  You know the procedure in tournament chess, don’t you?  Same thing here.  After taking my turn, I have to press the territory located on the upper inside thigh.  There’s a lot of reaching and groping involved, but again nothing beyond a PG rating.  I find myself wishing that my dream could enter the grown-up realm.

My wish is granted, sort of.  Once the body has been divvied up, large pieces of broken glass suddenly appear in the slits across her body.  Strangely, this causes no pain but perhaps some discomfort… and my game board starts moving as though she wants to stand up.

You know what?  When inserted in your skin, broken glass causes tremendous pain when you’re not lying completely still.

She doesn’t get far.

And no blood.  Wait a minute… no blood?

I walk to my window and discover the midnight sky glittering like a million shards of glass in the body of a heavenly goddess.

A thing of beauty is a joy forever. (Public domain)

I, a male blogger, am writing about bras today.  Stuff like this always turns out well for everyone involved.

You see, it was reportedly someone of my gender who invented these wonderful undergarments.  The idea was supposedly to improve women’s figures at the cost of their comfort.  Because men are pigs.

And then, as can be readily observed, folks of my gender started spending their time trying to convince women to stop using these things.  They’re less transparent than shirts and they can be difficult for us to unhook.  That also shows how we’re pigs. 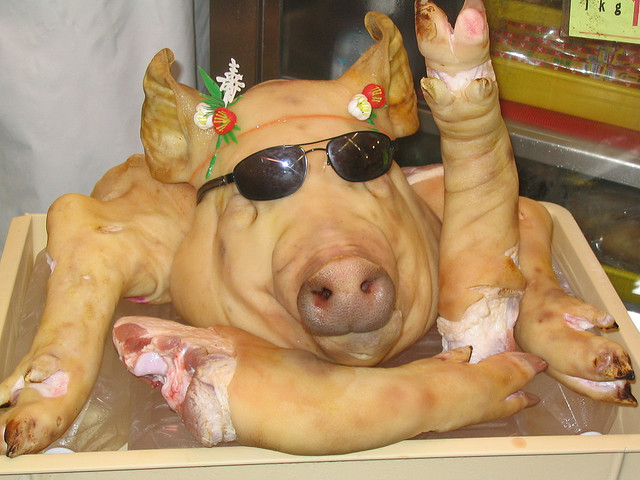 Seriously.  That’s a factual definition.  For instance, girls stereotypically avoid math and science because it’s not feminine.  And when they do go for it, they’re not feminine.  And no action can break the cycle of stereotypes because anything will be twisted around to fit.

And with that in mind, the accusations towards men insult my intelligence.  There’s simply no way to behave towards a bra that will not get us identified as pigs.  That’s not fair.

Even though we really are pigs.

We need to change the naturally occurring chromosomal distribution for men and women.

Men receive an X and a Y.

That means women always start out walking around with two strikes.  Whenever a guy enters the picture, he’s always strike three no matter what he does.  Then he can only ask Y.

I do not purchase clothing that prominently displays a brand name.  (On the other hand, I’d be tempted to wear an “I love Halliburton” t-shirt for the shock value.  But that’s another post…)  I am not a walking billboard and I am not stupid enough to pay for the privilege of becoming one.

Unfortunately, most people are not as wise as I am and I usually must remain silent about their mindless attire.

I’m not presumptuous enough to tell you that clothing should be art.  Since I’m less than wealthy, I see little point in plunking down over $100.00 for a designer shirt that will be shredded within a year or two.  (Those luxury goods aren’t always designed to last.  Rich people often care more about the latest fashions and they can afford to replace things more regularly.  In their minds, a shirt from 2012 has already gone out of style and belongs in the dumpster.)

Instead, I want my clothing to cover all of the necessary body parts and remain intact long enough to keep my bank account from crashing.   (Gender appropriateness is also important.)  Therefore: clearance racks!

And you thought this would be an advertisement for Wal-Mart…

This works for me because I’m a guy.  By contrast, women often like to accessorize with pretty things.  For example, a non-utilitarian purse.  They treat it like clothing and it has to match the outfit, so they often end up owning many purses.

I’ll leave the “battle of the sexes” content to the bloggers who do it better.  I’m more interested in the idiotic, and one particular design type stands out.  It’s the standard “look how special I am because I can afford an expensive brand” variety:

Let’s review.  You’re carrying around a container that holds cash, cards, and expensive electronics.  Why are you advertising to potential thieves that the contents might be especially valuable?  Of all the purses at the football game (note the obligatory transgression of gender stereotypes), yours now stands out as the most desirable to steal.  Brilliant!

Of course, your bag’s probably fake.  Just like you.

Funny how things work out…

1- Among unmarried men, the quality that keeps them from pursuing life-threatening antics other than marriage.

2- Among married men, the quality that allows them to read a woman’s mind.

3- Among married women, the quality that tells them to be satisfied with cooking, cleaning, raising children, working full time, taking care of elderly parents, ignoring a husband’s extramarital affair, bailing him out of jail repeatedly, and looking beautiful 24 hours a day, every day, ’til death do you part.  Or until he dumps her for that 22-year-old stripper…