People often throw around the word “relic” without giving thought to what they’re saying.  First off, there’s the word’s religious version that refers to the shard of a saint’s bone… among other things.  Then there’s the use of the term to describe something really really old, like this: 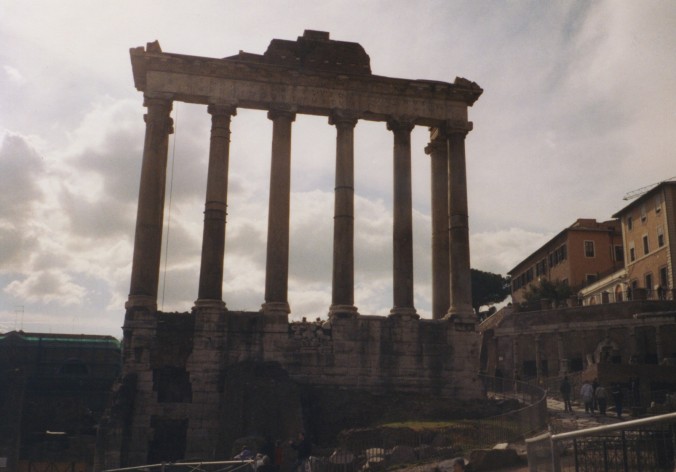 One might call this a relic of an ancient civilization.

And then one might refer to an Apple IIe as a technological relic.

And the oldest teacher at your child’s school might be designated a relic as well.

Your dishwasher might also be a relic, though not because of any added respect because of lengthy experience or significance in history.  You probably call it a relic because it’s dead.

And at that point, the word “relic” loses all of its meaning… unless we’re talking about something I own that no longer works properly.  Then it’s a relic because I’m special and, because of that, it’s special too.

Or it would be special if it weren’t broken… When you apply for jobs, every detail of every sentence must be free of factual errors and grammatical mistakes, not to mention typos.  Applicants have to spend a lot of time preparing these perfect materials for HR departments and other employer contacts who probably couldn’t recognize accurate language use if they saw it being copied from an English textbook.

I am not here to gripe today.  I’ve already written about how people with bad grammar and spelling habits probably move ahead in the employment process because the HR folks think the errors are correct.

Instead, I wish to entertain.  I was looking through job postings today and found an organization that is seeking someone to work the graveyard shift.   And they decided to use the word “graveyard” prominently in the job ad’s headline, presumably to scare off people who would reject such a work schedule.

You already know this can’t end well, don’t you…

They have put up an ad for a “Bi-lingual Spanish Graveyard Youth-Care Worker.”  I’m not quite sure what graveyard youth-care is (much less Spanish graveyard youth-care) but I can’t believe people would send their children there.  Or, if it’s care for newly buried corpses, why the need for a bilingual caretaker?  I’m pretty sure corpses can’t understand Spanish.

So maybe I should apply…

Language evolves.  For instance, the word “conversation” used to have a sexual connotation while “intercourse” meant something more like conversation.  Let’s be glad the censors aren’t industrious enough to try banning older books with “intercourse” in them.

Soon after September 11, 2001, Americans came to associate the term “ground zero” with the World Trade Center site.  If you say ground zero to almost any American, that’s all that will come to their mind.  The earlier definition was erased: the spot where an atomic or nuclear weapon hits the earth.

But the greatest travesty emerges when the public, in effect, censors old works because they use the term “ground zero” in an “inappropriate” way.  Entire works of art and other cultural products become nothing more than incomprehensible anachronisms as a couple of historical chapters are forgotten.  I’m sure quite a few Japanese (should) take issue with this revision of history and public memory, as should anyone who ever had to “duck and cover.”

But I’m not here to write about Hiroshima and Nagasaki…

I bring you a song from 1986 that was commonly played at Christmastime until “ground zero” took on its new meaning.  Now we don’t hear the song as much.  You’d think that people could tell from the context that the song isn’t about the 9-11 attack site.

On the other hand, I once knew a guy who thought the song “Jesus He Knows Me” by Genesis was a great religious tune because it featured the word “Jesus.”  So one probably can’t realistically expect people to pay attention to anything more than a keyword or two.

Anyway, the video is below.  Since stores will be putting up their Christmas decorations in a few weeks, let’s have some Cold War holiday fun. This person might be a boob. (Photo credit: Wikipedia)

I was originally going to write a post about stupid people called “Boobs Insult My Intelligence.” However, a funny thing happened on my way to the publish button.

I went to dictionary.com to make sure I was using the word “boob” correctly; I rarely, if ever, hear the word used with its “stupid person” definition.  It turns out that my usage was correct but I discovered that dictionaries have apparently gone through some inappropriate sensitivity training.

That can’t be right.  If you ask 100 people to define  “boob,” “stupid person” will not enter their minds immediately.

Etymologically, “boob” originates from “booby.”  Once again, the first definition given for booby is “stupid person.”  In the dictionary based on the 2013 Random House, this other meaning also appears in the first entry for “booby” (and the anatomical slang doesn’t appear until the second entry):

a gannet of the genus Sula,  having a bright bill, bright feet, or both: some are endangered.

The Collins English Dictionary tells us that “booby” can refer to a stupid person, but here are the other two definitions:

3- Compare gannet any of several tropical marine birds of the genus Sula : family Sulidae, order Pelecaniformes  (pelicans, cormorants, etc). They have a straight stout bill and the plumage is white with darker markings Collins does not mention anatomy at all.

I realize that “boob” and “booby” are not appropriate terms to use in everyday conversation when referencing a woman’s body… and rightly so.  Still, I find it odd that the most commonly used definition of these words is buried under much less prevalent meanings.  And that’s when the anatomical reference didn’t completely disappear from the dictionary’s listings.

It’s now time for the moral of the story.   Actually, I have three of them for you:

1- You can’t remove an offensive word from the language by removing it from the dictionary.  The word becomes conspicuous through its absence and people will talk about it when they normally wouldn’t.  For example: me, right now.

2- You can’t remove an offensive word from people’s minds by prohibiting its use in polite conversation.  Although I’m writing this post as a serious observation about dictionaries, I’m sure my constant use of the word “boob” will attract substantial snickering… as will the first picture in this post.

3- Dictionaries can be fascinating even when they insult your intelligence… unless you’re a boob.