I’ve often written about my travels in Switzerland, usually about the standard attractions: mountains, snow, architecture, and (of course) naked people.

Okay, maybe the naked people aren’t an attraction.  That’s not a complaint about their looks, but about the mindset of folks who would go so far to see a few body parts.

That said, you should keep an open mind when traveling.  The greatest attractions often become apparent after you arrive and they may not be the ones you’re expecting to go batty over.  A small (or not so small) object such as a rock can be as spectacular as a mountain: 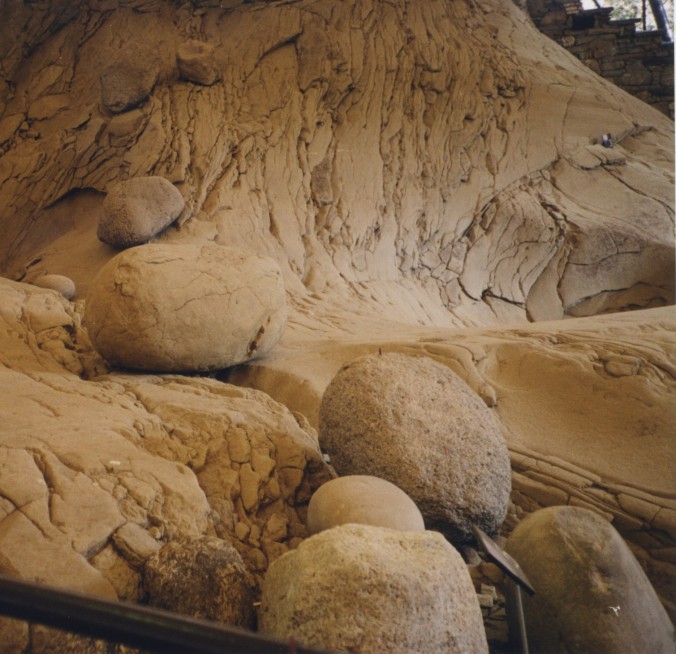 To judge the rocks’ size, compare them to the staircase in the upper right corner.