I’ve spent enough time online to see some horrific blog designs.  Some are a matter of personal taste, which I have no intention of criticizing openly.  However, a few folks obviously have no clue what they are doing.

In the spirit of enlightening you in the ways of me, I would like to point out some common errors and show you some easy methods for developing better backgrounds.  All images in this post were modified using free and simple photo editing software and I just played with all the nifty little buttons without knowing what they are.  You’ll find no evidence of Photoshop or other costly applications here.  (I’m unemployed, remember?)  Caveat: I do still have a scanner from my grad school days.

Also, you don’t have to like these images; I only focused on technique and some of the creations here are quite loud.  I wouldn’t use all of them myself but then again lots of good images aren’t an appropriate match for some individuals.

If you want “Matchmaking for Blog Dummies,” you’ll need to go somewhere else.  I don’t do romance here.

That said, let’s cut the preliminaries and dive in with four basic rules.

1- Your original photo should have a high resolution. Subjecting images to technological torture often causes them to bleed their detail away, leaving them as limp as a corpse.

2- When detail bleeds away, colors often go with it.  Your photographs or scanned images should normally contain at least as many colors as you’ll want in the final product.  It’s usually harder to add colors to an image than eliminate them.

3- Similarly, it’s easier to reduce the file size of a high-definition picture than it is to make the image more robust.  If only dieting worked that way…

4- Don’t forget to crop your images; if it doesn’t end up appearing on the screen, you don’t need it.  A smaller image takes less time for people to download.  Your visitors will thank you for it by sticking around until your page finishes loading… unless your writing scares them away sooner.

And now the joy of pointing out people’s stupidity.  Item one: people often confuse their original image with what ends up appearing on their blog.  I like my candelabra image over on the top right, but it’s pretty easy to make an awful background out of it.  For instance, tiling the image can give us this:

Easy to read, right?  That’s why I have these big box-like things on my blog to shield the text.  However, that doesn’t eliminate all of the problems in the example above.  Let’s look at something a little wiser:

END_OF_DOCUMENT_TOKEN_TO_BE_REPLACED

You see, this blog has looked pretty much the same since I started it in May.  And once again I’ve started thinking to myself that I ought to change things up a little.   However, I always come back to a few hard truths when my mind starts wandering:

1- The blog theme (layout) I use gives me an uncommon header because almost no one uses this theme.  I’d have to pay for an upgrade to get that with another theme.  This makes me special.

2- My blog theme lets me have a background image that is visible for more than a centimeter on each side of the text box.  Because I can have a more unique blog this way, I am special.

3- My background image camouflages the header menu that would otherwise look like clutter.  That makes the military special.

And so I realize that I should, at most, change the background photo’s color scheme and possibly the text box color.  This never ends well.

Here’s the edited background photo I came up with today: 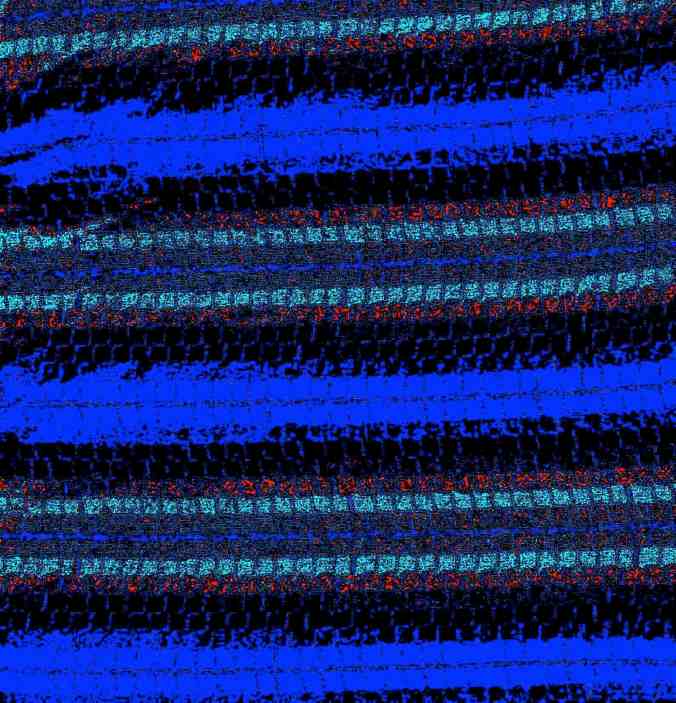 In theory, it looks good.  In practice, it’s hard to find a text color that would be visible against my header and this background.  So I changed the remaining color scheme and came out with something truly special.  If you’d like to see some strangely attractive hideousness, check out the result at my test blog: http://www.blacklightcandelabra.wordpress.com  (Warning: I’ll keep it up for a while but I can’t promise that it won’t change in a couple of weeks.)