I have decided to sponsor a Monday writing challenge at my former test blog: The Blacklight Candelabra.  The concept is simple: a few bloggers with extensive education and/or writing experience have expressed an interest in more challenging writing prompts than what WordPress can offer its broad audience.

I have already created the first eight prompts and the first is scheduled to appear on The Blacklight Candelabra on January 5 at 10:00 am EST; a prompt will appear at the same time each Monday.   If you want to participate, you’ll need to follow that blog as well or perform a weekly Monday click from this one.  You might also benefit from following me on Facebook and Twitter.

Did I mention that these prompts will be difficult?

I had been here before, a long time ago.  The roof.  The wind in my hair as I fell to the earth… bones shattering, blood spurting, children crying, and journalists salivating over their headline story for the next day. 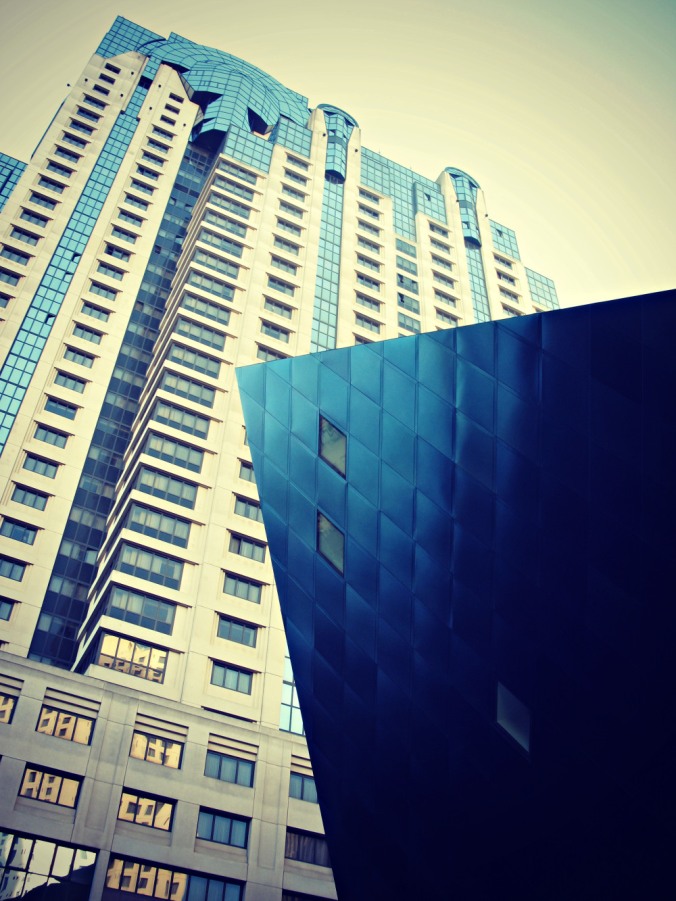 But I survived and now I was back atop the roof of Very Bad Situation.  I could jump again and face more consequences if I so desired.  Alternately, I could climb from my perch and go back inside where my bones would be shattered again and my blood would spurt, albeit less conspicuously and more gradually and much to the entertainment of everybody present.

Then again, maybe I could abandon my obligation to choose.  The sun warms my skin as I sit here and a gentle breeze blows through my hair.  If I’m lucky, God could send a nice little windstorm to knock me down the stairwell or to the street below.  My executioners (the pavement and/or the bureaucrats at Very Bad Situation) would still get to enjoy a feast and my soul would be relieved from having to take ownership of a punishment I do not wish to partake of.

That is, after all, the way evil is done to us: by forcing our prior consent, by blinding us to any alternate possibilities, by attempting to make us “serve” someone else when no authentic service would be given by jumping or by returning inside.

Moral of the story: When duty calls, eat a hamburger.  (If you’re Hindu, eat a veggie burger.)  The burger loves you unconditionally and asks nothing of you beyond some decent mustard and perhaps some ketchup.

Imagine that you’re walking into court to divorce your spouse of ten years.  When you got married, you had wanted to stay with her for the rest of your life.  You enjoyed your honeymoon but cracks in the relationship had emerged by year five.  By year eight, you could barely stand her presence but you didn’t file divorce papers until year ten for financial reasons.

Now, you’re wearing the biggest grin you’ve had in years because you’re finally free.  You only need the judge’s approval and your life belongs to you again. 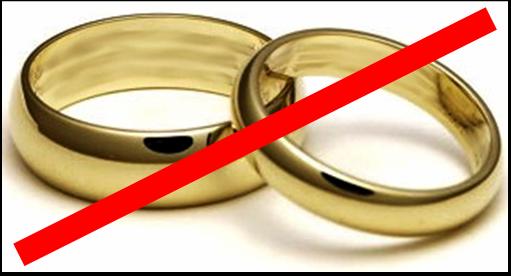 The judge calls you to step forward and then immediately denies your petition to divorce.  The logic?  You were married to that woman for ten years so you must obviously love her too much to let her go… and you are to remain a prisoner to your former self.

You may think the scenario’s impossible, but…

I am an unemployed Ph.D.  Employers see the degree that took many years to earn and they assume that I am too wedded to my old field to really want the job for which I applied.  My resume doesn’t show how cracks started forming early on or how I had decided to pursue a nonacademic career a year or two before completing the degree.  It also doesn’t show that I only finished the degree because I had already poured so much time into it and was so close to completing it when I made that decision.

There’s not enough real estate on a cover letter to fit everything in.

And employers never get to hear much of that because you’re never supposed to badmouth your former employers or academic institutions.

When I’m lucky, employers ask me about it.  Usually, they just move on to the next resume.

The following question came up today:

If one of your late ancestors were to come back from the dead and join you for dinner, what things about your family would this person find the most shocking?

That’s simple.  They’d probably start screaming “What do you mean they’re not Jewish?”

Ah yes, the joys of mixed marriages.  I still have the Jewish family name but I’m not considered Jewish because Mom isn’t and I was raised Catholic.  (In Judaism, Dad doesn’t matter.  Jews traditionally allow the children of Jewish mothers to be considered Jewish because antisemitic sexual violence was so often committed by outsiders.  The resulting children would be born into the Jewish community and it was felt that these kids should not be ostracized.)

As you can imagine, many members of a group that has often been persecuted grow to take stands on behalf of other persecuted groups.  (The Arab-Israeli conflict is too complicated to deal with as a possible exception.)  And “the Jews” themselves are a lot like Christians.  Imagine taking a bunch of Southern Baptists, pro-gay-marriage Episcopals, Roman Catholics, Presbyterians, and Amish from around the world and cramming them all into a tiny slice of land about the size of Israel.  Do you think they’d get along?  Jews are about the same, but there’s fewer of them.

But back to the topic.  The Jews are a diverse people who tend to be among the most open and tolerant of other cultures and traditions.  Not all Jews, of course, but it seems to be true as a general tendency.

However, there seems to be one exception… and I don’t mean Muslims.  The non-Jewish children of mixed marriages aren’t treated very well, at least in my own personal experience.  It’s only a fraction of Jews who behave this way, but it’s a tendency I’ve noticed in how they behave towards me.

I’ve been offered help on my job search until I informed the person I’m not Jewish.  Then, bye-bye.  And I’ve seen a look of fear in their eyes when I tell them this and I’ve heard sneers (when I mention my brother) that “oh, there’s another one of you.”  And I’ve seen my knowledge disregarded from that point on.  Remember, I have a Ph.D.

I understand one fear that many Jews have.  Marrying outside the religion means the children may not be raised Jewish.  For a group that’s so small, extensive intermarriage threatens their continued existence.  But that’s no excuse for bigotry against human beings who came into existence after an interfaith marriage took place.

The neighborhood of Screevelton had deteriorated over the past eighty years. Abandoned by the wealthy landowners as the area’s once luxurious condominiums began showing their age, the high rise monstrosities had long since converted to slums.   Violence and drug dealing had grown beyond the police’s ability to maintain any semblance of control and, as a result, no outsider dared to enter the neighborhood. Well, almost no outsiders. Newly homeless people flocked there because they could sleep in peace and quiet at night, for the occasional bullet disturbed them less than the stuck-up folks in other parts of Screevopolis who were always shooing them away.

Home is where the heart is punctured.  (Photo credit: Anton Zelenov)

Amid this paradise, for it was paradise to the people who feared clowns more than decaying rat carcasses, stood a wooden statue of General J. Horatio Screevels. General Screevels had founded the city, though no one still remembered that “General” was just a nickname.   After all, people will call you anything if you ask them to. And, once upon a time, General Screevels had been a much beloved leader in the community.

Times had changed. No one knew who he was anymore even though the city was named after him. Seeing that the schools no longer thought George Washington was important enough to teach the children, General Screevels stood no chance at being remembered. Nevertheless, the wealthier citizens worshipped the tradition of having a statue. They kept photographs of the statue on their mantelpieces and they even bought deluxe toilet paper with his picture on it. (Never let it be said that the wealthy are immune to marketing tactics.) In spite of this, no one ever visited the statue except for the rats and an occasional homeless person looking for something to lean on.

And one winter day the statue caught fire. No one knows how or why. The police were too busy to investigate and the fire department couldn’t be bothered. Sans fire department, many of the apartment buildings also succumbed to the blaze.

Since the statue was so iconic, the city government decided that a replica had to be erected. Ten million dollars were put aside to fund the project, covering everything from imported lumber to gourmet meals (pork, of course) for the landlords. Because so many people owned a photograph of the statue, the city deemed it imperative that the original statue remain in existence.

Unfortunately, no one was willing to enter the neighborhood to rebuild. The lumber has long since rotted but the citizens haven’t stopped demanding the return of their beloved statue.

A message for all artists and photographers who follow this blog:

Successful collaborations will be rewarded with free advertising for your blog.

Image elements came from here and here.  Both are in the public domain.

I’m not one to say that kids should suffer in school, but there’s a limit to how much pleasure they should be given outside of recess.

Case in point: I saw a homework assignment that was developed and presumably promoted by an educational company or nonprofit, not by a teacher who might be incompetent.  (Calm down.  I’m not calling teachers incompetent.  It’s just that some bad seeds get through the cracks and stick around forever.)

Because the assignment was surely copyrighted, I didn’t make a copy to show you.  However, I did find a nifty website that allowed me to create a comparable activity.  And so without further ado, here it is.  Let me know how much you think the kids are learning from this because, after all, fun is always educational.

Can you find all 12 words and figure out the overall theme?  I’m making it harder by not telling you the words in advance.  That way, the surprise will make this entire exercise even more enjoyable, just as it should be.  I’ll cut the sarcasm now, I promise.

Except for videos and where credit to others is given, I own the rights to all content in this blog. You may make noncommercial use of excerpts and photographs if you give proper attribution and link back to the original post. The reproduction of full articles is prohibited.
Bumblepuppies
Create a free website or blog at WordPress.com.