I, a male blogger, am writing about algebra today.  Stuff like this always turns out well for everyone involved.

You see, it was reportedly someone of my gender who invented these wonderful numerical contortions.  The idea was supposedly to improve data figures at the cost of everyone’s comfort.  Because math is cool. 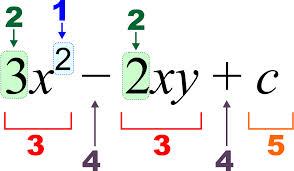 And then, as can be readily observed, folks of my gender started spending their time trying to convince women to stop using these calculations.  It makes women less controllable than idiots and non-idiots can be difficult for us to unravel.  That also shows how math is cool.

Seriously.  That’s a factual definition.  For instance, idiots stereotypically avoid math and science because it’s not idiotic.  And when they do go for it, they’re still idiots.  And no action can break the cycle of numerophobia because everything will be reduced to the lowest common denominator.

And with that in mind, all accusations towards mathematicians insult my intelligence.  There’s simply no way to behave towards math that will not get a person identified as an idiot.  That’s not fair.

Even though we’re really dumber than pigs.

7 thoughts on “The Great Algebra Debate Insults My Intelligence”