The neighborhood of Screevelton had deteriorated over the past eighty years. Abandoned by the wealthy landowners as the area’s once luxurious condominiums began showing their age, the high rise monstrosities had long since converted to slums.   Violence and drug dealing had grown beyond the police’s ability to maintain any semblance of control and, as a result, no outsider dared to enter the neighborhood. Well, almost no outsiders. Newly homeless people flocked there because they could sleep in peace and quiet at night, for the occasional bullet disturbed them less than the stuck-up folks in other parts of Screevopolis who were always shooing them away. 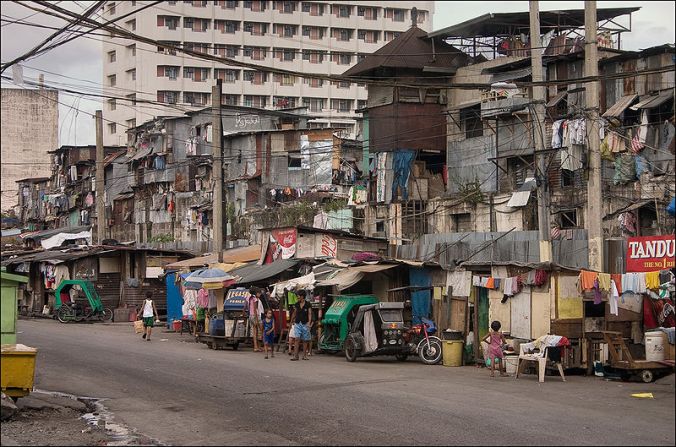 Home is where the heart is punctured.  (Photo credit: Anton Zelenov)

Amid this paradise, for it was paradise to the people who feared clowns more than decaying rat carcasses, stood a wooden statue of General J. Horatio Screevels. General Screevels had founded the city, though no one still remembered that “General” was just a nickname.   After all, people will call you anything if you ask them to. And, once upon a time, General Screevels had been a much beloved leader in the community.

Times had changed. No one knew who he was anymore even though the city was named after him. Seeing that the schools no longer thought George Washington was important enough to teach the children, General Screevels stood no chance at being remembered. Nevertheless, the wealthier citizens worshipped the tradition of having a statue. They kept photographs of the statue on their mantelpieces and they even bought deluxe toilet paper with his picture on it. (Never let it be said that the wealthy are immune to marketing tactics.) In spite of this, no one ever visited the statue except for the rats and an occasional homeless person looking for something to lean on.

And one winter day the statue caught fire. No one knows how or why. The police were too busy to investigate and the fire department couldn’t be bothered. Sans fire department, many of the apartment buildings also succumbed to the blaze.

Since the statue was so iconic, the city government decided that a replica had to be erected. Ten million dollars were put aside to fund the project, covering everything from imported lumber to gourmet meals (pork, of course) for the landlords. Because so many people owned a photograph of the statue, the city deemed it imperative that the original statue remain in existence.

Unfortunately, no one was willing to enter the neighborhood to rebuild. The lumber has long since rotted but the citizens haven’t stopped demanding the return of their beloved statue.