I’m feeling inspired today by a couple of recent posts about terrible CD covers over at the muscleheaded blog.

I’d like to add a pet peeve of my own to this: the gratuitous use of pentagrams for music that isn’t satanic.  (That’s satanic, not santaic.  Christmas is over.)  It makes the music harder to find because American sellers fear it and, once it is found, buyers like me experience profound difficulty when explaining the purchase to unenthusiastic friends and family.   Since people are inherently superficial, many would prefer to judge a book or CD by its cover… especially when it comes to anything that might influence their soul’s eternal resting place.  Picky, picky, picky. This CD is about as Satanic as Dante’s Inferno.  However, you can’t really get anything by this musical group in the U.S.  I bought my copies overseas.  And when I wanted to obtain a copy of something that wasn’t even available used, I couldn’t get one despite the fact that Amazon sells MP3 copies on its foreign websites.  I contacted Amazon about it and they apologized for the “inconvenience” and cited vague copyright issues.  I suppose Universal Records can’t afford to be associated with a pentagram in the U.S. market.  (Gratuitous advertisement: I’ve written about this issue before.)

And then there’s “Sex Sex Sex” by JBO, which I also enjoy. 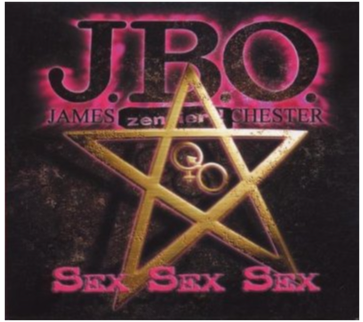 (Tip: the German words for six and sex are pronounced even more similarly than the English words.)

JBO is the closest thing Germany has to Weird Al Yankovic, and who doesn’t love Weird Al, or sex and Satanism rolled into one CD cover?    That surely must make you curious about the accompanying concert tour… 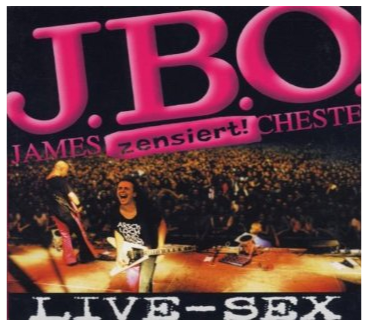 I don’t own this CD.  I prefer my sexual content to be perfected with all sorts of technological advances.  Anything that’s relatively “unplugged” sounds too much like celibacy.

But seriously… there’s barely any sex in the music.  And so I offer you a song from one of JBO’s later CD’s because it’s in English.  My more theologically oriented readers may want to skip the video but, then again, anyone who made it through the CD covers isn’t too likely to be offended.  I think…